On Friday September 19th, the Buffalo Niagara Nikola Tesla Council unveiled the 7-foot bronze statue of Nikola Tesla in the mini-park at Main and North Division Streets. Trautman Associates was honored to have helped the Tesla Council with the design and permitting process for the monument.

The statue depicts the visionary scientist at 40 years old, the same age he was when he spoke at the Ellicott Square Building in 1897. The area surrounding the statue will soon be named Nikola Tesla Park.

See more from the reveal on WGRZ. 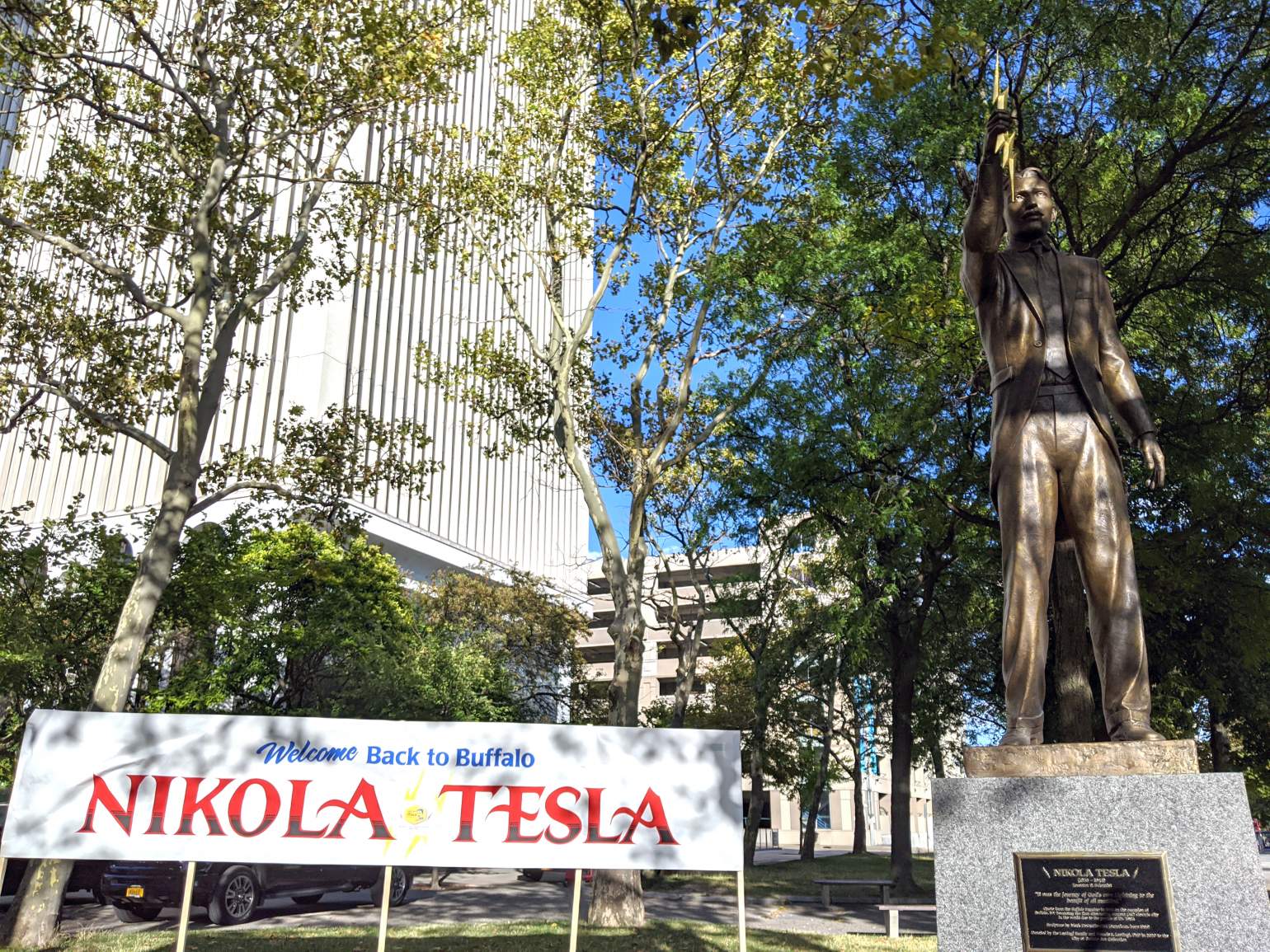